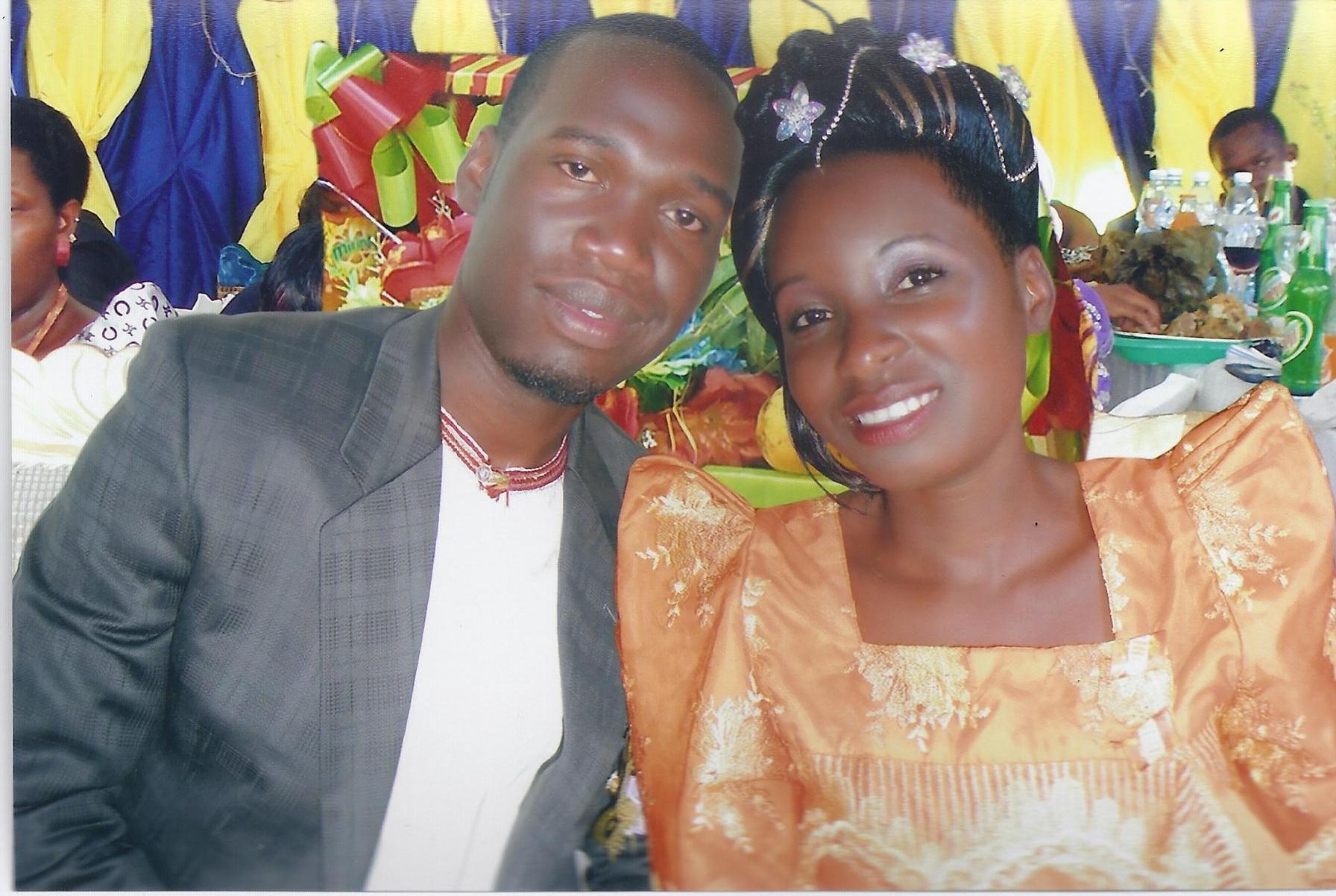 Yesterday, Sunday 7th at 1:50pm a convoy of 20 cars arrived in Kikaya, Bulenga off Mityan Rd of former Kampala Central MP Aspirant Kivumbi Earnest Benjamin for the D-day where Princess Namalwa Scovia Introduced Kivumbi in a mega traditional wedding. Kivumbi who travelled with a delegation of 50 including City Business men, journalists, Pastors, foreign dignitaries, relatives and friends was washed in a colorful occasion where traditional rituals where made and letter of acceptance issued to him as a son in the family of Late Prince Jjemba Anthony.

Invited guests and villagers flocked at the ceremony in which Kivumbi poured money to the in-laws in cash and gifts. We can now say that Kivumbi is a lucky fellow for marrying a young beautiful Born Again woman aged 20. More and more pictorial and videos are coming and what, the vocal politician and President/CEO of Have It Cheap Group International-HICGI, President & Founder of Heal The Planet Global Organisation-HTP will be wedded at Omega Healing Centre of Bishop Michael Kyazze this Sunday 14th Dec 2014 and Reception at Little Rocks Gardens on Entebbe High way. 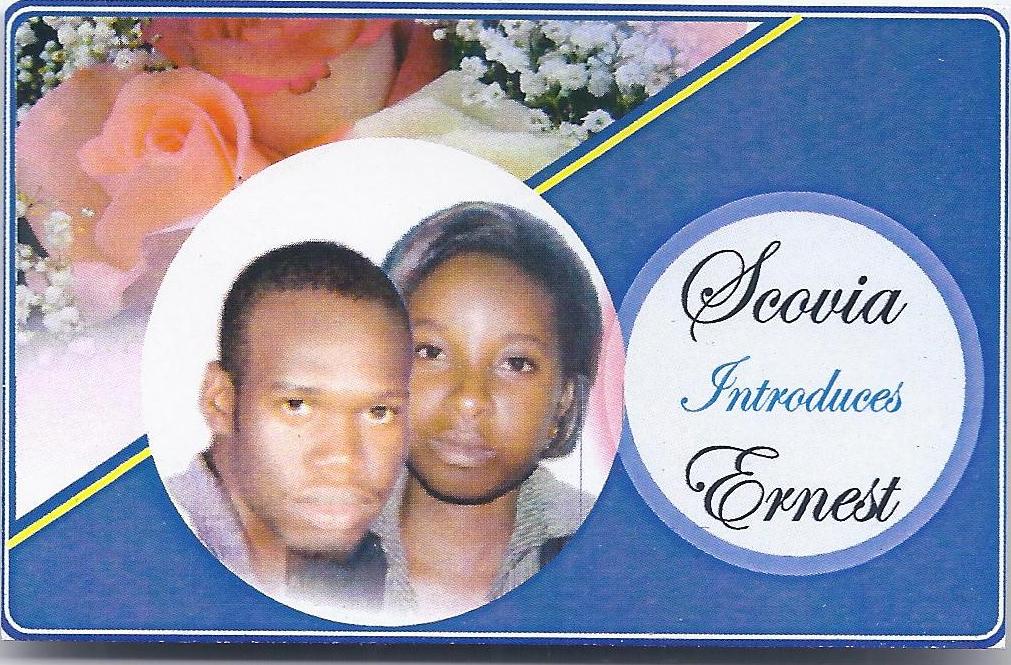 In his address, Prophet Bweyinda David described Kivumbi as his own spiritual who has seen favor in the eyes of God and man and that his political ambitions will see him become a president of Uganda and Africa come 2021.

Who is Kivumbi Earnest Benjamin?

Kivumbi is the eldest amongst the four children survived by his fallen father Godfrey S Kiwanuka Palton who died in 1999 in a motor accident in Kamwenge by then part of the Kasese District of Western Uganda. Kiwanuka was crushed by a bus he was working for as a mechanic at the time the driver asked him to go down and fix something but decided to overrun him and his body abandoned to the following day. Born on 14th May 1989 at Supreme Hospital Old Kampala, Kivumbi’s upbringing has been both political and religious. Grew up and still Born Again Christian by his mother Esther Nasuna Favor who is a Born Again at Redeemed Church of Ps Zelubabel Nakafeero Sifa & Bweyinda David.

Kivumbi began his kindergarten at St Anne Nursery School, Primary at Lindamassie Primary School. Sat Primary Living Examination (P.L.E) when he was in Primary five and passed in a second grade. He was so bright throughout his education and best or amongst the best five. He joined D.K Education Hill School and studied O. level and part of A. Level. At D.K he served in so many posts such as Time keeper, Head Boy, Head Prefect and a student pastor, in fact he had the biggest scripture union in the country where he would invite Ugandan music celebrities like Wilson Bugembe and pastors to preach in his lunch hour fellowship. Even during Primary if he wasn’t Head Boy he was something else. He studied his A. Level in two schools at the same time- Angel High School & Berkery Secondary School (Almost all these schools are on Entebbe Rd in Wakiso district). He did HEL/D (History, Economics, Divinity & Literature) He had much passion for Literature and when he was admitted at Angel form D.K which had discontiuned A. Level, he studied Literature in English at Berkery and he was the best in Literature at the school.

In 2008 during his vacation he worked as a Primary Teacher at Tumutende infant school and acted movies as well as writing scripts in addition to his humble political career.

In 2009 he scooped certificate as most social Law student at Law Development Centre doing two courses at the same time in different institutions. He also attained An Advanced Diploma in Profession Computing & Information Technology and there after 8 certificates from Africa Population Institute in Makerere that include Guidance & Counseling, Research & Data Management, Financial Accounting & Management, Procurement, Business Accounting and many others.

Besides the leadership career since childhood from both schools and church, Kivumbi began his political career in 2007 when he was completing senior S.6 as a special aide to Hon John Ken Lukyamuzi –The Man, Conservative Party President and Lubaga South Member of Parliament. They travelled around the country and when he contested for Guild President at LDC you couldn’t separate him from Lukyamuzi, he refers to him as his mentor. Kivumbi was also Guild President at EDN College of Business &

When he saw that the Interparty Coalition –IPC that comprised of FDC, C.P, JEEMA & UPC couldn’t give him a flag for Kampala Central Parliamentary elections, he succumbed to the call of former Presidential Candidate & President General of People’s Development Party-PDP Dr. Abed Bwanika. In 2009 Kivumbi was appointed as National Coordinator and latter during the Delegates Conference elected Deputy Spokesman of PDP and latter won flag for Kampala Central Parliamentary Elections of 2011 before crossing to National Resistance Movement Movement-NRM when he met President Yoweri Kaguta Museveni in a political deal with his challenger the current M.P Kampala Central Hon Nsereko Mohammad Zzake.

While in opposition, Kivumbi worked so much for C.P & P.D.P when he would be sent and delegated to do party tusks in different parts of Uganda. Mobilising resources and support for the parties he served is what made him so close and loved by the party presidents.

He was arrested and detained so many times while in opposition when he led demonstrations in Kampala & Makerere University. The government battled him in court at different times and he had become a thorn in the fresh on the Ugandan Police.

Kivumbi’s political call must be in his DNA -carried from his ancestors. Late Dr. Ashe Kitandwe his grandfather gave up politics after surviving more than two assassination plots. Kitandwe was jailed three times by EX Ugandan President Apollo Milton Obote, Apollo Muwanga and Field Marshal Iddi Amin Dada. He was offered chance to work with Obote but turned down the offer, he gave up politics when one of his colleagues was shot in front of him and spared only warned not to oppose Obote again. Ashe

Kitandwe died in 2000 at the age of 89 and is resting at his ancestral home in Nabingo.

Ashe is not the only one; Kivumbi’s great grandfather Nichodemus was name Mundu’ewunyabuganga (gun smells of powder). He was a super fighter and close confident of Kabaka Mwanga. He fought and won so many Buganda battles and that’s the very reason the Kabaka appreciated him with land in Nabingo which is Kivumbi’s Ancestral home (Kabaka Ronald Muwenda Mutebi & Maama Nagenda -Nabagereka have visited Kivumbi ancestral home and recognized the role on Mundu’ewunyabuganga in playing a big role of building Buganda). Nichodemus was jailed with Kabaka Mwanga and Kabalega of Bunyoro in Seychelles Island when he opposed the British.

It’s against this background that Kivumbi’s genes from ancestral lineage see his attachment in politics and leadership and probably he has the blessings of his ancestors and indeed God especially as he tries to reclaim the dream of African historical Pan Africanists like Kwame Nkrumah of uniting Africa something he shared with President Museveni when they met one night in January 2011. Kivumbi will be publishing his Book- Assassination of The Icon, Dreams from My Father Col Mwamah Minyer- El-Bin

Kivumbi is influential and much respected by many Ugandan youth and people around Uganda and outside. He’s one of the most sought after young politicians by the Media often, receives invitation to be

Guest of Honor and also invited to attend many government functions.

He has been hosted so much on Television, Radios including BCC on its program World Have Your Say and was the most hosted African on Africa Have Your Say a BBC program before it was discontinued. He has been awarded Certificate for Most Social Law Student-LDC 2009/10, Certificate Training of Trainer-

Demos as well as contested for Member of Parliament Kampala Central. Kivumbi is one of the few

Ugandans featuring on Wikipedia, ranked top most viewed on Google Plus, has high traffic on social media and websites and his American accent cherished by people around the world. He began addressing Press Conferences as early as 17 years and today he attracts a great audience and fans both online and in public.

Kivumbi has not yet children, has paid traditional visit to his fiancée Princess Namalwa Scovia, 19 the introduction is scheduled for 7th and wedding 14th Dec 2014.

Kivumbi was almost lost during labor night at Supreme Hospital old Kampala as her mother was supposed to be subjected to a surgical operation when the baby couldn’t be delivered after 7 hours of labor pain in the hospital and it took 7 hours for the Doctor who was meant to do the operation to come.

Kivumbi survived death as thousands of children who were immunized died due to a wrong a vaccine in 1989 the year he was born.

Kivumbi alongside his young brother at the age of five survived falling in a septic tongue while they played moving backwards a septic tank filled with water during a children camp in Nsambya, someone rescued and saved them.

Kivumbi survived a wave on Lake Victoria that hit him while on ship balcony at 2:00am while on holiday in Mwanza Tanzania.

Kivumbi has survived accidents on high ways in different countries.

Kivumbi says he survived being poisoned

Kivumbi has also survived armed robbers and much more.

Dear friends we have designed a page under Splitzee to support with the wedding arrangement, feel free to visit and notice the changes we have made in respect of the arrangements for the wedding. God bless u. Gen 2:18

Strong with a Heart of a Lion Yet Humble, Loving, Intelligent and Ambitious is Kivumbi Earnest Benjamin Born 14th May 1989 to Esther Nasuna Favor and Godfrey Kiwanuka Palton (Deceased) in a family of 2 Sisters and 2 Brothers. He is Engaged to Princess Namalwa, 19 and wedding is scheduled for 14th Ced 2014.

He Begins His Political Career a Conservative and Served as a Special Aide to Conservative Party Boss/ MP Lubaga South Constituency John ken Lukyamuzi (The Man) Dec 2007- Dec 2008). While with Lukyamuzi , Kivumbi Trailed with Him all over Uganda on Political Tours.

He caught the Media Eye When he Started Holding Independent Press Conferences in Kampala Hotels and Addressed Topical Issues both Local and International.

Kivumbi’s Political Career has Been Characterized of Heroic Traits of the Kind Manifesting in Moments of Tension Such as Hunger Strikes, Several Demonstrations He has Led and Participated in, Facing Several Arrests, Put Behind Bars and Battling With Government in Courts of Law. In spite of all This, the Charismatic Flamboyart Kivumbi Grew Stronger.

He is a Born Again Christian, and a

Others schools include Bakery Secondary School and Angel Education Center Namasuba for his Senior 6, D.K Hill School for O and party of A level, Nakivuboo Settlement (Kampala) and Lindamasie (Namasuba, Entebbe Rd for Primary and St. Anne-Masajja for Nursery).  And His Leadership Career Manifested in various Positions Such as I served as Head Prefect, Head Boy

He has volunteered with a number of Organizations such as Youth Alive Uganda (Makerere University), Good Samaritan Ministries and worked as a Primary School Teacher Before in Tumutende Nursery & Primary School owned by his Mother.

He has Presented Health Talk shows on Vendor’s Voice St. Balikudembe and Namirembe FM a Protestant Based Radio Station in Kampala.

He Likes Badminton, Swimming, Reading and I like Traveling and Movies; He has not Only Enjoyed Watching them But Has done Acting and Writing. Some of the Projects He Has Appeared in is “Caliform Queen” a Ugandan Movie and Once Subscribed to AMAKULA Cultural Club, Cine Club and Worked for Edmond International Film Production Co in 2005 as an Actor.